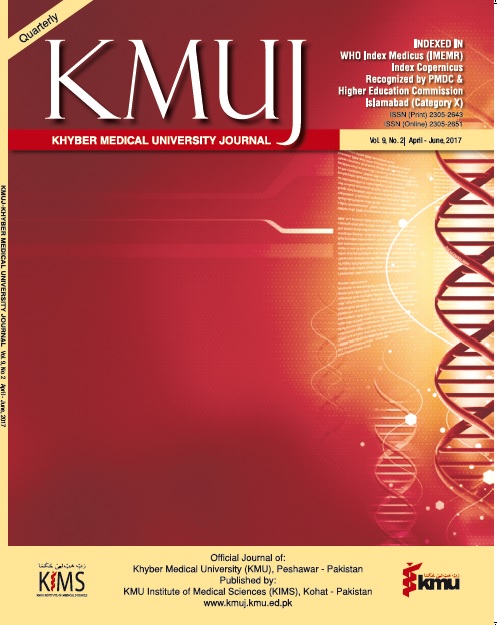 METHODS: A retrospective study was conducted for 2 months (January, 2015 to February, 2015) in the department of endocrinology of a tertiary care private sector hospital, Peshawar, Pakistan. A total of 254 prescriptions were analyzed during the two months period. Prescriptions of all diabetic patients were included regardless of gender, economic status, religion and ethnicity.

RESULTS: The study revealed that 254 prescriptions includes 59% (n=150) female and 41% (n=104) male patients, majority age group was 60-69 years. Most common concurrent disease with diabetes was hypertension (31.63%). The maximum time spent by diabetic patients in hospitals was 3-days (27.15%). The most prescribed drugs to the diabetic male and female were cardiovascular drugs (26.11%) and (21.80%) respectively followed by antibiotic (17.04%) and (16.02%) respectively. Most common prescribed dosage form to the diabetic female was tablet (46.19%). While in male the highly prescribed dosage form was injection (45.84%). The most frequently prescribed anti-diabetic drug was insulin (46.46%). Most frequently prescribed anti-diabetic two drug combination was sitagliptin+metformin (40%). Among highly prescribed anti-diabetic three drugs and four drug combinations were insulin+sitagliptin+metformin (39.13%) and insulin+vildagliptin+metformin+pioglitazone (42.85%) respectively. The most frequently antibiotic prescribed for the management of diabetic foot was ceftriaxone (14.45%).