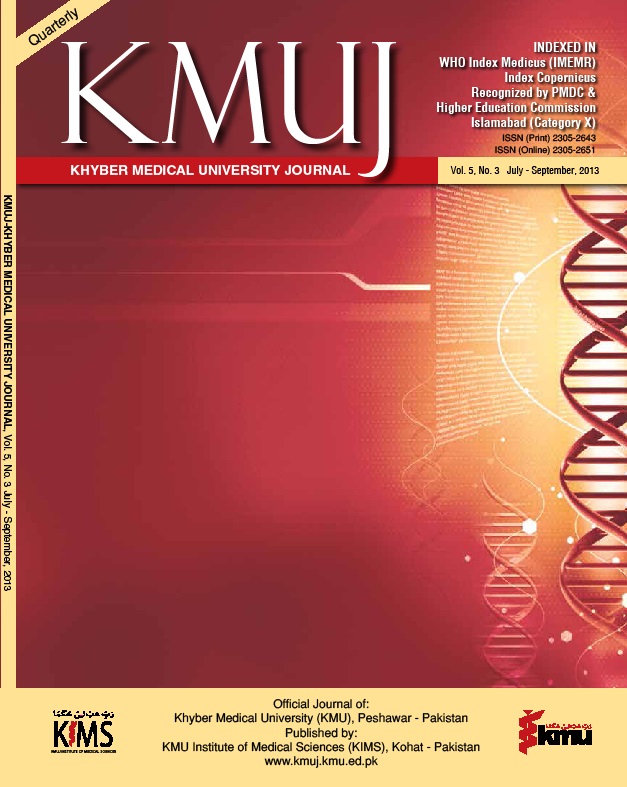 Objective: To find out the frequency of cervical intraepithelial neoplasia (CIN) and to identify   the associated risk factors in women attending outpatient department of Liaqat Memorial Hospital Kohat, Pakistan.

Conclusion: Cervical Intra-epithelial lesions are not uncommon. All the women above 30 years should have regular cervical screening. High parity, early marriages and poverty should be highlighted in this connection.