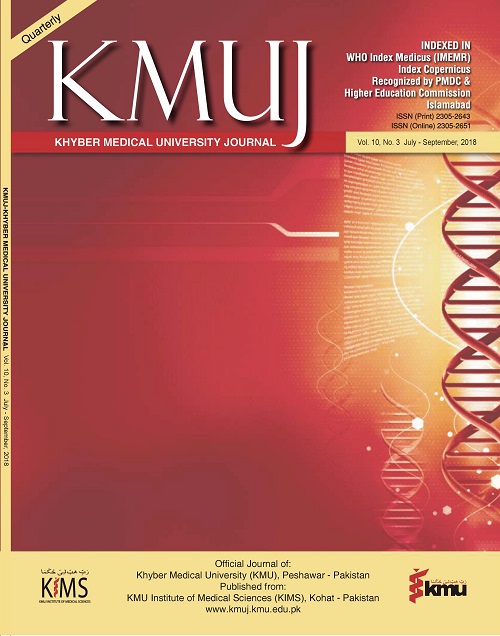 Over the last few decades, human beings are facing the worst challenges of violence, terrorism and wars apart from health related challenges. Health and peace are the fundamental rights of every human being and are interlinked. Relationship between health and peace is dynamic and bilateral. Peace is an important determinant of health while attainment of peace depends upon health of all people.1-3

Both health and peace have a very broad meaning. World Health Organization (WHO) defined health as  “a state of complete physical, mental and social well-being and not merely the absence of disease or infirmity”.3 Similarly, “peace” is currently taken as not just the absence or reduction of war but include negation of violence, presence of harmony, justice, equity; and the capacity to handle conflict in a nonviolent manner.4

Global peace is under threat by various conflicts, violence, terrorism and wars. During second half of 20th century, power game among superpowers resulted in open warfare, cold wars and proxy wars, leading to violent conflicts across the world. Worldwide, conflicts arising from any geopolitical, ethnic, religious and economic matters are handled either by a nonviolent peaceful way or through violence and wars. The use of violence for conflict resolution and peace building is not justified as violence itself is considered as opposite to peace and peace should only be achieved by peaceful means. 5,6   Violence, civil wars and terrorism are major threats to global health. Along with economic and infrastructural damage, wars contribute to increased mortality and morbidly with detrimental effects on physical and psychological health of the population.7 According to Global Burden of Disease Study, wars will be the 8th leading cause of disability and death by 2020.8  Iraq war led to the loss of 1,16,903 Iraqi civilians and more than 4,800 coalition military personnel from 2003-11.9 In Afghanistan, conflict and terrorism is the leading cause of disability-adjusted life years (DALYs) lost.10 Pakistan is also affected by violent conflict with an increasing trend over the last couple of decades.11 This resulted in 63,554 deaths in Pakistan from 2000-2018.12  The economic burden on Pakistan due to incidents of terrorism from 2001-20018 was US$126.79 billion.13

Achieving the goal of desirable standard of health for all people needs sustainable, long-term peacebuilding measures by reducing all forms of violence and wars. United Nations General Assembly in its resolution no 34/58 stated: “Peace and security, in their turn, are important for the preservation and improvement of the health of all people, and that cooperation among nations on vital health issues can contribute importantly to peace”.14 This gigantic task needs a multidisciplinary approach and cannot be achieved without involvement of the health professionals - as highlighted by WHO- resolution number 34.38 in 34th World Health Assembly.15

Various organizations like “International Committee of the Red Cross”, “International Physicians for the Prevention of Nuclear War”, “International Campaign to Ban Landmines” and others have worked on the involvement of health force in peace building process.16 In 1984, Pan American Health Organization (PAHO), introduced the concept of “Health as a Bridge for Peace (HBP)”17 which was later on adopted by WHO in 1998 during 51st World Health Assembly.18  HBP aimed to support the health workers in providing healthcare services in conflict affected zones and simultaneously avail all the opportunities to promote peace through various health related activities.19 Health related initiatives are not only helpful in reducing morbidity and mortality during wars but can also be useful in prevention, resolution and transformation of conflicts before, during and after violent conflicts and wars.

“Peace through health (PtH)” is another important peace work initiative from McMaster University, addressing the role of health workers in promoting peace through various health interventions in context of war and conflict.16,20,21 “PtH working group has identified various mechanisms that can explain the peace-work performed by health-workers.21,22 Health professionals are already equipped with knowledge, certain skills, values and qualities that can be utilized in handling violent conflicts and promotion of peace in many situations.5,16

Like any other program, there are some limitations of PBH & PtH programs as well. There is no evidence-based, systematic evaluation of the impact of peace through health initiatives.16, 23 Some quarters advocate that health professionals are only concerned with health care delivery in war-affected areas and should not be involved in conflicts and peacebuilding process. Neutrality and impartiality of healthcare workers in certain situations can also be compromised.  Questions are also being raised regarding formal education and appropriate skills of health care workers in conflict management and peace-building process.16, 24-26 However, the usefulness of peace through health theory has not been refuted through solid evidence. 20

As already discussed, South Asian region, including Pakistan and Afghanistan are confronting violent conflicts, wars and terrorism during the recent past. There is a dire need of seeking every opportunity to achieve and promote peace in Pakistan, Afghanistan and the region. The involvement of health professionals in this highly needed and noble cause is a proven and viable strategy. A strategic plan may be developed for integration of health-care delivery system with the prevention and transformation of violent conflicts and wars. Special peace-based training courses should be arranged for health care providers in war affected areas and high intensity conflict zones. Incorporation of peace and conflict studies in undergraduate medical curriculum and postgraduate public-health curriculum at university level will be a way forward in achieving peace through health in Pakistan and the region.