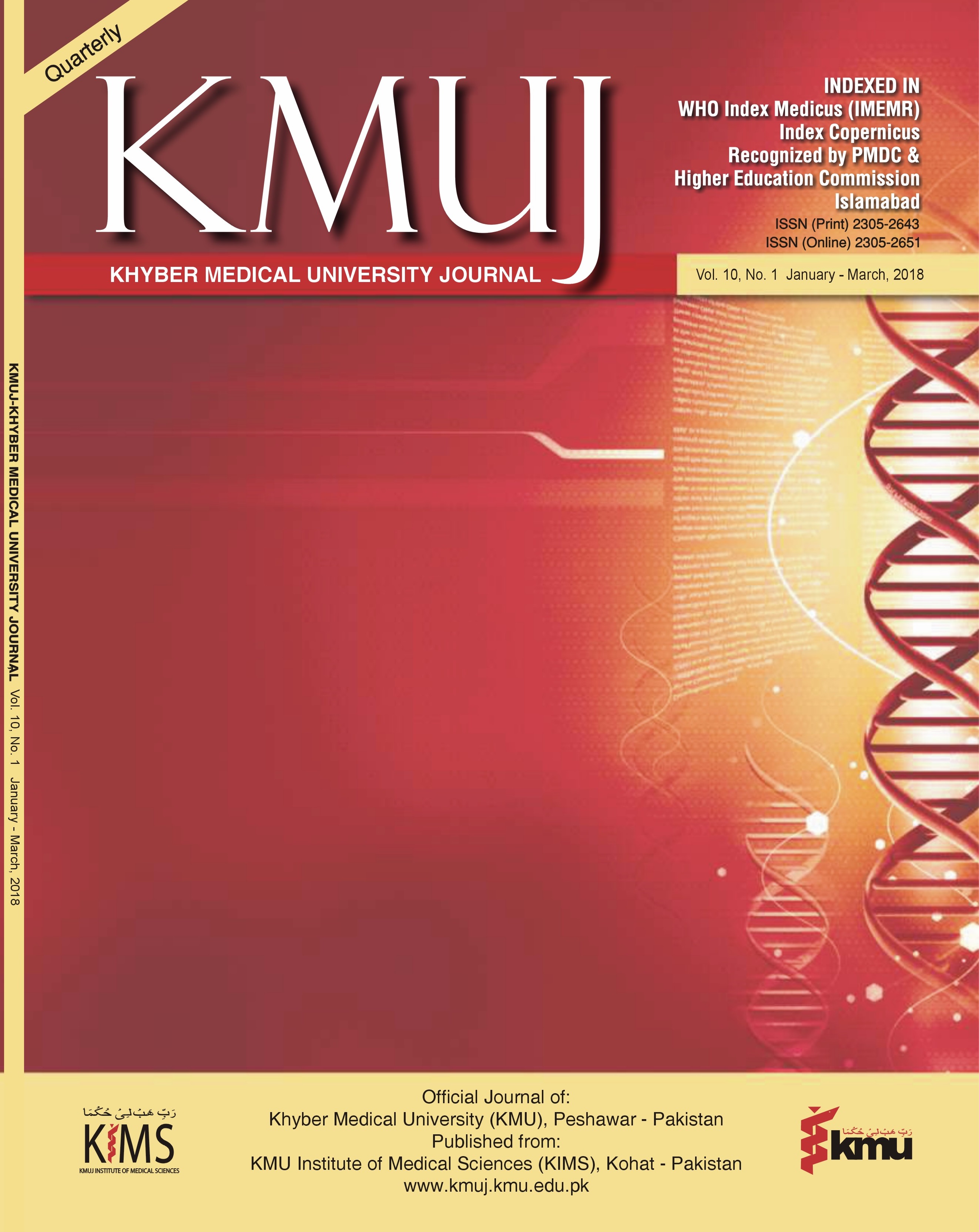 Violence against children has been recognized as public health problem by World Health Organization (WHO). The eighth Millennium Development Goals (MGDs) set by the special session of United Nations general assembly in 2015; five out of eight goals are directly related to the wellbeing of children.

Child abuse is not limited to battering only. WHO defines child maltreatment as “the abuse and neglect faced by children under the age of 18 years, includes physical, sexual and emotional abuse”.1 Physical abuse encompasses inflicting temporary or permanent damage to the physical functioning of a child, for example, corporal punishment, beating, choking, biting and intentionally burning.2-4 Sexual abuse is engaging children in sexual activities they cannot understand or consent to, including exposing the child to sexually explicit material or using the child in pornography, and rape.5,6 Emotional abuse is the ongoing emotional maltreatment of a child. It is also called psychological abuse and can significantly damage child’s mental health and development. Emotional abuse involves bullying, deliberately trying to scare, humiliate, isolate, ignore, corrupt or terrorize a child.7

There is ample research evidence confirms the deleterious effect of childhood abuse, effecting psychological and social wellbeing, physical health and educational performance of a child.2,3 In addition to immediate physical and emotional damage, abused children are at high risk of becoming depressed, suicidal, aggressive, or withdrawn. Older children may develop substance abuse or running away from home. As adults, they are more likely to develop marital and sexual difficulties, depression, suicidal behavior or addictions and even they may have shortened life span.8

Similarly maltreated children are more likely to be the perpetrators in future, conforming to the social cycle theory of abuse. Some research shows that 90 percent of maltreating adults were abused as children.9

Children often don’t disclose the abuse explicitly thus the goal of identifying the abuse is usually thwarted. Therefore, it becomes essential to pay attention to subtle or some time drastic changes in child’s mood and behavior. Some time sudden and dramatic changes indicate that something may be wrong.

Children who have been abused or neglected may have different behavioral changes or emotional manifestations. They may include the child being withdrawn, quiet or have a bad temper, anger outburst or disruptive behavior, excessive crying, specific fear of a place or person, nightmares and bedwetting. Drastic changes in academic performance (dropping grades). Changes in sleep patterns (excessive or lack of sleep) and appetite (eating too much or too little) may also be indicators of abuse.1- 3 In majority of cases of child abuse, emotional damage is more severe than any physical damage with long lasting effects.

There is scarcity of meaningful research in Pakistan; most of the studies looking at this menace are descriptive and inconclusive in nature. The available data show that girls predominate as the victim of abuse11 and there has been steady increase in incidence over the last few years.4

There has been some progress in promulgation of laws recently in Pakistan, addressing the problem of child abuse. In 2016 the 2nd Amendment of the Criminal Law Act was approved by National Assembly, passing the long overdue bill on Child Abuse. This Bill rose the age of criminal responsibility from 7 years to 12 years. It provides protection to children from all forms of physical maltreatment including corporal punishment. Additionally, it widened its definition of child sexual abuse to include and penalize paraphelia like voyeurism, exhibitionism and using the child in pornography, whereas, previously only rape was criminalized.12

Mental Health professionals and also pediatricians play a key role in the path to recovery for children with a history of abuse. Parents and other family members are strongly recommended to seek counseling in order to provide comfort and support to the child.13 Psychological treatment like Abuse-Focused Cognitive Behavioral Therapy (AF-CBT) is one such mode of intervention, designed for children who are victim of abuse.13

In country like ours with limited resources and scarce child mental health services there is dire need to focus on this grievous problem to reform the laws and develop child-protection services. Similarly quality and meaningful research is required to inform policy and raise awareness about child abuse.

Even though these safeguards will go a long way in protecting children, better we ask ourselves, are we doing enough to prevent child abuse?