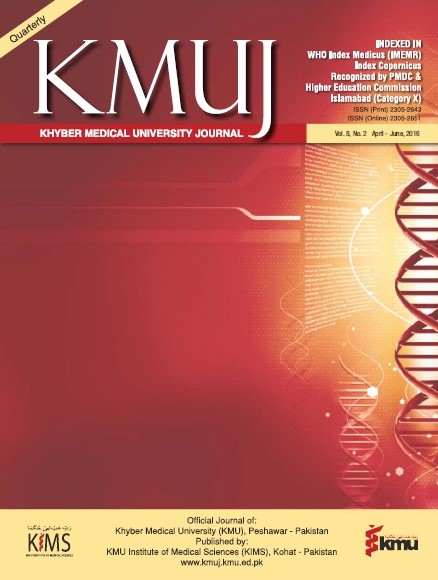 OBJECTIVE: To examine suicide trends and patterns among people of
Chitral District, Northern Pakistan; and to explore causes for suicide
in this population.

METHODS: This cross-sectional study was based on information obtained from District Chitral, Khyber Pakhtunkhwa, Pakistan, regarding suicide deaths in this region which took place from 2007 to 2011. Data on 168 suicide victims was taken from 6 Tehsils in Chitral District, Pakistan,using the Cluster sampling technique. Primary data was collected from a pre-designed questionnaire and interviews of victims’ families and other knowledgeable parties. The data was analyzed using SPSS version 16.0.

CONCLUSION: In district Chitral, Pakistan, women had almost double
the rate of suicide than men. Suicide was associated with family and
marital issues, and the most common methods of suicide included were drowning and hanging.