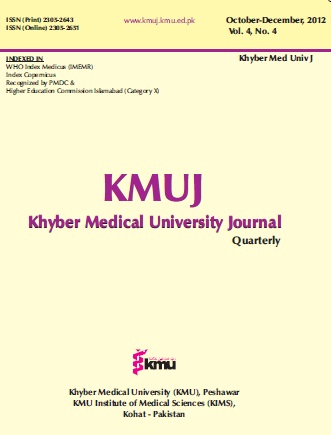 Poliomyelitis is an infectious disease, epidemic and endemic throughout the world. It is caused by one of three types of an ultra-microscopic virus namely Wild Polio Virus type 1,2 and 3 (WPV1, WPV2 and WPV3).  World Health Assembly adopted a resolution to eradicate Polio in 1988.1-3 At the time there were more than 350,000 cases per year globally.

Poliomyelitis is a crippling disease which causes permanent disability with no cure. The only cure is to prevent the disease by vaccination. The economic results of poliomyelitis can be devastating. Each epidemic will leave its residue of paralyzed patients, and unlike most other diseases, these patients will usually remain disabled.

Polio Eradication program works under 3 main strategies; Acute flaccid paralysis (AFP) Surveillance, National Immunization Days (NIDs) and routine immunization. It is important that the strategies of polio eradication such as AFP Surveillance system and NIDs are of highest quality. Good Quality AFP Surveillance system ensures that all AFP cases are timely reported and tested for polio to ensure that all polio cases are correctly and timely identified. Similarly NIDs consists of intensive house-to-house immunization and the aim is to interrupt circulation of poliovirus by immunizing every child less than 5 years of age with Oral Polio Vaccine (OPV), regardless of previous immunization status.

Polio eradication program follows a Virological Case Classification Scheme, according to which evidence of poliovirus transmission or its interruption could only be given through culture of specimens from AFP cases.  Without quality specimens, no surveillance system is reliable. Proportion of AFP cases with adequate specimens therefore is one of the key indicators for assessing efficiency of a surveillance system. AFP is a group of diseases with multiple aetiologies, variable incidences and variable prognoses. Polio was predominately the main cause of AFP however with the decline in Polio cases, Guillain Barre Syndrome (GBS) has emerged as the main cause of acute flaccid paralysis. It is important to detect at least 2 AFP cases per 100,000 of population less than 15 years of age.

Since the launch of the Global Polio Eradication Initiative in 1988 the number of reported cases worldwide has fallen from 350,000 to less than 300 Polio cases in 2012. Pakistan had 20,000 polio cases in 1994, a number which has been reduced to just 58 in 2012 4 (Data till last week of December), after years of vigorous vaccination efforts. Polio program has made tremendous progress in last 15 years however; this progress is threatened by certain factors.

Pakistan remains one of the last 3 endemic countries in the world. Pakistan has active and widespread transmission of polio, and is the only country in Asia with confirmed Wild Polio Virus type 3 (WPV3) transmission, a strain on the verge of eradication in this continent. Similarly there is active transmission of Polio Virus Type 1 (WPV1) despite dozens of nationwide campaigns and huge funds that are spent in implementing polio eradication strategies. On one hand it refers to factors like high population density, population movement, poor sanitation system and low routine immunization coverage and one the other hand reflects to the lack of commitment on part of the government and society towards saving children from this devastating disease. Pakistan is now at a risk of becoming the last and the only home of the poliovirus in the world.

The recently killing of polio workers in Pakistan has raised serious questions on sustainability of the biggest public health intervention. It has added a grave dimension to the already challenging situation. The Polio program had struggled over the years from the mistrust on vaccine based on cultural and religious belief, inaccessibility due to insecurity and geography, high population movement, to now this new wave of extremism which could hamper the efforts to eradicate this crippling disease from the planet. These challenges have seriously affected the progress made in 2012. With the number and distribution of confirmed Polio cases decreasing in 2012 as compared to 2011, the Environmental sampling indicates ongoing widespread transmission of Polio virus. Unfortunately Polio eradication in Pakistan is not considered a pure public health intervention meant for betterment of the people.  With strong support by international actors, they are being viewed as foreign intervention in communities that fiercely oppose any kind of intrusions by international or even local “outsiders”. Given how other countries (India, Sudan, Somalia) dealt with the challenge by adopting an “aggressive agenda to strengthen routine immunization and maintain supplementary activities in order to maintain high immunity”. Pakistan should learn from the other experiences to take the fight against Polio forward. World Health Assembly resolution May 2012 has declared Polio as an emergency which puts extra pressure on Polio endemic countries and specially puts extra responsibilities on Pakistan being one of the three endemic countries. It is now the responsibility of the concerned to ensure safety of around 100,000 Polio workers so that supplementary immunization activities are continued and to ensure that this wave of insecurity and mistrust do not affect the routine immunization program. There is also an urgent need to correct the information asymmetry that exists around the quality and safety of the Polio vaccine. The safety of the vaccine needs to be demonstrated to communities by establishing a cadre of local and well respected group including celebrities, sportsmen etc for the cause of Polio eradication. Recent fears about foreign spy networks infiltrating local communities under the guise of the polio vaccination campaign must be addressed. EPI program tend to use local volunteers for vaccination efforts but since the credibility of the effort has been compromised due to recent global developments, steps need to be taken in conjunction with communities to select and train trusted immunizers who will get access to households in communities so that the vaccination effort does not fall prey to changing geopolitical situation.

It is expected that despite the challenges, Pakistan is very much capable of addressing the issues related to reaching children and administering vaccine. There is a need to ensure access to the affected population in security compromised areas, improving campaign quality, enhancing routine immunization coverage, addressing social and cultural constraints, and working closely with Afghanistan in border areas in order to fulfill global commitment of implementing WHO’s global Polio emergency Action Plan 2012-18. The end of Polio is in sight and it would be the biggest public health intervention ever.