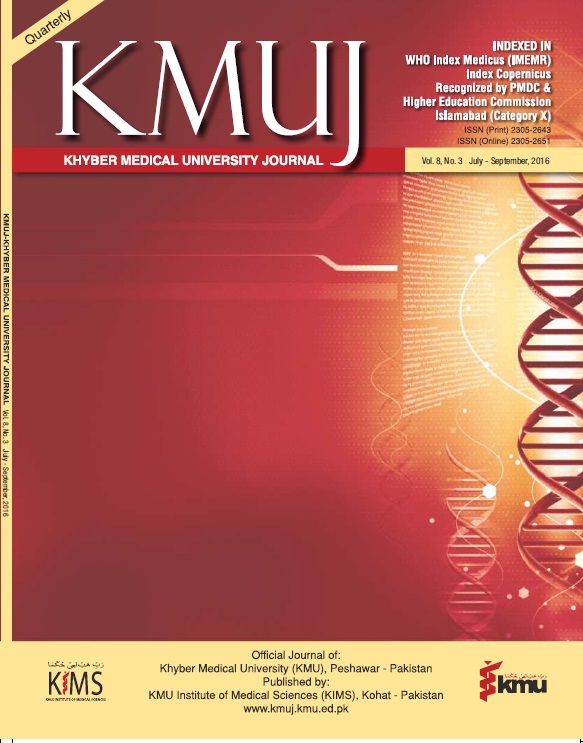 The oxford medical companion is a very useful resource to have in the arsenal of any health professional dealing with illness and disease. But perhaps one of its greatest contribution to public health has been its description of tobacco. A medicinal herb to some and a recreational drug for others, the Oxford Medical Companion describes tobacco as“...tobacco is the only legally available consumer product which kills people when it is used entirely as intended”.1Tobacco kills one person every six seconds.2 Tobacco killed more people in the 20th century than the two world wars combined and if the current trends of tobacco consumption continue, it will be responsible for more than a billion deaths by the end of the 21st century.3

Recent estimates suggest that more than 250 million people in South Asia use smokeless tobacco (SLT) products4 and Pakistan is no stranger to these products with 13.3% of the population using either Naswar, Paan, Gutkha and other SLT products.3 Naswar use is a major public health challenge in Khyber Pakhtunkhwa, where an estimated 15% of the province’s population is addicted to this mixture of tobacco, ash and lime.5 Naswar use is associated with a variety of conditions including upper aerodigestive tract cancers, cardiovascular and gastrointestinal disease.6 Oral cancer has become the most common cancer among men and the second most common cancer among women in Pakistan. An estimated 6000 Pakistanis lose their lives to oral cancer every year.7 Studies from Karachi show that Naswar is a major player in the etiology of oral cancer in Pakistan.8,9

As part of a doctoral research, the author has recently concluded a multi-center case control investigation into the risk of oral cancer associated with Naswar use in Khyber Pakhtunkhwa. It was the first adequately powered epidemiological study to assess this causal association in the context of the province. The results of our study, which have been submitted for publication elsewhere, suggest a strong causal association between Naswar use and oral cancer in Khyber Pakhtunkhwa. Users of Naswar were 20 times more likely to develop oral cancer compared to non-users. We also observed a dose-response relationship between Naswar and oral cancer i.e. the risk of oral cancer increased with increasing frequency, duration of each use and the total duration of the habit. One of the most striking findings of our study was that if Naswar use was stopped in the Khyber Pakhtunkhwa, there will be a 70% decline in oral cancer incidence in the province. The results of our study are supported by the findings of a biochemical analysis of 30 brands of Naswar use in Khyber Pakhtunkhwa reported by Zakiuallh et al.6 They concluded that Naswar available in the Pakistani market had a high concentration of biochemical agents that are labelled as carcinogenic to humans by the International Agency for Research on Cancer.

In the light of these findings, we reviewed the various tobacco control policy documents in Pakistan to identify areas which could be strengthened to curb SLT use in the country. The analysis of the three tobacco control ordinances i.e. “Cigarettes (Printing of Warning) Ordinance”-1979 ,"Prohibition of Smoking and Protection of Non- smokers Health Ordinance No. LXXIV” -2002, "The Cigarette (Printing of Warning) (Amendment) Ordinance No.LXXV"-2002, and the related statutory regulation led us to the following conclusions:

The biggest point of concern among these conclusions is the sale of SLT, to and by minors. Although it can be argued that the article 5 of the 2002 ordinance on prohibition of smoking which prohibits tobacco use inside and in the vicinity of Public buildings as well as educational institutions, includes minors, a counter argument can be made that “use” does not entail “sale”. The only official document from the current day Pakistan which forbids the consumption of SLT by a minor can be dated back to 1959, when the Princely State of Swat (Not a part of Pakistan at the time), by the decree of the Wali-e-Swat, levied a punishment and a monetary fine on the use and sale of Naswar, to and by minors. This decree was absolved when Swat acceded to Pakistan in 1969. There are other federal legislations e.g. “Employment of children act, 1991” and the “Shops and Establishments Ordinance, 1969”, which prohibit children under 14 years of age, from working in certain occupations, which could potentially include manufacture and/or sale of smokeless tobacco products, but the only tobacco product mentioned explicitly in these documents is “Bidi” (بیڑی), a form of local cigarette. Another argument can be put forward that “Minors” are defined as “a person who is below the age of 14” in Pakistani law and hence adolescents between the age of 14 and 18 are exempted from all the articles pertaining to minors. To its credit though, the 2015 provincial act of Khyber Pakhtunkhwa, “The Khyber Pakhtunkhwa Prohibition of Employment of Children Act, 2015 (Act No. XIX of 2015)”, does explicitly prohibits children to work in tobacco manufacturing.

The Khyber Pakhtunkhwa Government is currently in the process of devising a new tobacco control legislation for the province. Based on our study findings and the review of policy documents, following recommendations are proposed to be addressed in the new legislation.

i.            First and foremost, “Smokeless Tobacco” is a recognized term by the World Health Organization and hence should be used as such, rather than vague terminologies like “other tobacco”, which can be misleading and may be misinterpreted.

ii.            The use of smokeless tobacco, explicitly citing “Naswar”, shall be prohibited in public places, offices and educational institutions, akin to the prohibition of tobacco smoking.

iii.            Sale of all forms of tobacco (smoking and smokeless), to and by a person who is younger than 18 years of age shall be prohibited.

iv.            Health warnings should be made mandatory on Naswar packaging.

v.            As opposed to an absolute ban on Naswar, the Government should try to introduce regulatory legislation regarding the composition of Naswar. The content of carcinogenic agents in Naswar could be reduced using the “Swedish Snus” model.

vi.            These policy provisions should be supplemented with media and school campaigns on the deleterious effects of Naswar.

These changes in policy are necessary, particularly in the wake of soaring cigarette prices and the absence of evidence based advocacy regarding SLT use. The easy availability and considerably lower prices of SLT like Naswar may lead to more people taking up these products as alternatives to smoking. A differential focus on smoking and SLT could potentially prove counterproductive in the long run, a drop in smoking may be accompanied by an increase in SLT products use, as has been seen in Sweden.10 A comprehensive approach, including targeting both smoking and smokeless tobacco use, is therefore needed to avoid this scenario. At the same time legislation regarding the contents of Naswar and the regulation of its production need to be fashioned. In the authors view, the policy considerations that have been recommended, would ensure a gradual decline in the prevalence of SLT habits in Khyber Pakhtunkhwa, as well as reducing its potential toxicity. This could ultimately lead to a lower tobacco related morbidity and mortality, which should be the primary goal of any tobacco control program and policy.

Gilani SI, Leon DA. Prevalence and sociodemographic determinants of tobacco use among adults in Pakistan: findings of a nationwide survey conducted in 2012. Popul Health Metr 2013;11:16.