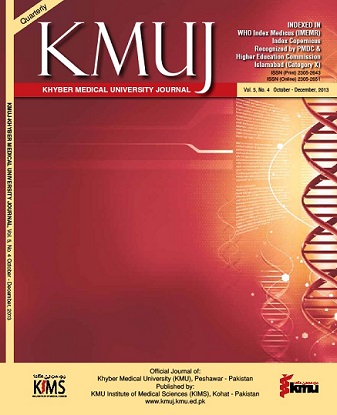 The common mental disorders such as depression and anxiety are highly prevalent psychiatric disorders. Only one disorder i.e. depression is to become second leading cause of burden of disease in developing countries and it is appropriate that these disorders are major focus for policy and treatment initiatives. However, less prevalent but much more disabling disorders such schizophrenia and bipolar affective disorder receive much less attention. These disorders are generally grouped together as serious mental illnesses (SMI). Schizophrenia, bipolar affective disorders and other non-organic psychosis are major disorders included in the SMI category and it is generally agreed that the SMI have a prevalence of about 4% in low and middle income (LAMI) countries.

The economic, social and human costs of SMI are well documented. Schizophrenia, the major disorder in SMI is the 6th leading cause of YLD (Years lost due to disability) in LAMI countries ahead of iron deficiency anaemia which is a major public health priority in these countries.1 The large indirect costs associated with medical complications, substance abuse and transmission of diseases such as TB and HIV and higher mortality are yet to be quantified. A US study estimated the economic costs of SMI to be around $317 excluding the costs associated with comorbid conditions, incarceration, homelessness, and early mortality, which was equivalent to more than $1,000/year for every man, woman, and child in the United States.2 The estimates for LAMI countries are not available but are likely to be much higher than these.

The treatment gap for schizophrenia is estimated to be 70-90% in LAMI countries.3 This staggering treatment gap arises from poor treatment adherence which generally is in excess of 50% in schizophrenia, almost total lack of primary care involvement in the treatment of psychosis and poor access to treatment. Inadequate supply chain management for antipsychotic medicine is also a major barrier in maintaining continuity of medication in these countries. Both ‘push systems’ (where medications are regularly distributed to health facilities) and ‘pull systems' (where health facilities forecast their needs and order medications when required) have been tried but with little success.4

A major problem is the long period during which the patients suffering from 1st episode of SMI do not receive the treatment. Duration of untreated psychosis (DUP) - the period between the onset of psychosis and initiating the treatment in the first episode psychosis (FEP) - is 125.0 weeks in LAMI countries compared to 63.4 weeks in the high income countries. Such a long DUP in LAMI countries is associated with poorer response to treatment, disability and possibly increased mortality.5,6

This becomes a humanitarian crisis in conflict situations such as that going on in Khyber Pukhtunkhwa at present. In these situations people with SMI are least likely to receive any attention. Being unable to seek help and with no effective voice in the community, those suffering from SMI badly neglected. There are reports from the conflicts areas that people suffering from psychosis are chained at times for years in these situations. The neglect is further exacerbated by narrow focus on conditions such as post-traumatic stress disorder (PTSD) in these settings. Considering that almost one third of the world's population live in conflict-affected low-income countries, providing effective care for those suffering from psychosis is a huge challenge.7

This is ironic considering that effective treatments are available for most of these psychiatric disorders. Take for example, schizophrenia which is arguably the most severe mental illness and most common diagnostic category in psychotic disorders. Contrary to common perception about two thirds of patients suffering from schizophrenia either have recovery after one or two episodes or remain relatively well with treatment. The treatment for schizophrenia is not that expensive. A patient suffering from schizophrenia is likely to remain well with treatment which on average costs about Rs. 2000. This compares quite favourably with other chronic disorders such as diabetes and hypertension.

However, a major challenge in case of schizophrenia like other chronic physical disorders is maintaining the long term treatment. In Medicine, where practitioners are not faced with challenges such as lack of insight, almost half of interventions to improve the treatment adherence seem to fail.8 As a result of the widespread problem of adherence, substantial numbers of patients do not get the required benefit of medical treatment which results in poor health outcomes and increased health care costs. Not surprisingly, it has been claimed that increasing the effectiveness of adherence interventions may have far greater impact on the health of the population than any improvement in specific medical treatments.8

In schizophrenia this is mainly due to two factors; lack of access to the treatment because of inadequate services or poverty and poor engagement with therapy as a result of poor insight or the inadequate understanding of the illness. Whatever are reasons, the consequence is that almost 90% of patients in developing countries are unlikely to receive effective treatments. Considering that the family is the only support for these patients, the untreated illness results in increasing chronicity, treatment resistance and increasing burden for the family.

It is now high time that that treatment for SMI is considered as major public health priority just like other non-communicable disorders such as hypertension and diabetes. If insulin bank for free treatment of diabetes mellitus can be established in the province like Khyber Pukhtunkhwa which is facing severe resource constraints, the public health imperative for free treatment of SMI is much stronger.  The public health models for providing such treatment are certainly available and evaluated in randomised controlled trials. One such strategy is supervised treatment in outpatients’ schizophrenia (STOPS). This approach is based on well established intervention to improve treatment adherence in tuberculosis, called directly observed treatment, short-course (DOTS). A proof of the concept study showed that patients receiving treatment in STOPS programme had significantly better adherence with medication when compared with treatment as usual (TAU) {P<.02}.This randomised controlled trial also showed that patients in STOPS programme had significantly better outcomes in terms of symptoms  and functioning at one year follow up .9 This study was also the first controlled evaluation of DOTS strategy in a non-infectious disorder.

It is therefore clear that the treatment of SMI needs a public health action. Fortunately the treatment is not that expensive and implementable public health strategies are available. It is now high time that mental health professionals advocate the use of effective mental health treatments as public health interventions. The improved access to treatment as a public health intervention will also lead to better awareness and early help seeking for the cases which at present represent the large untreated prevalence. Most importantly, perhaps it can also help to reduce the stigma for the disorder as effectively as the advent and effective implementation of anti-tuberculosis treatment did for tuberculosis.